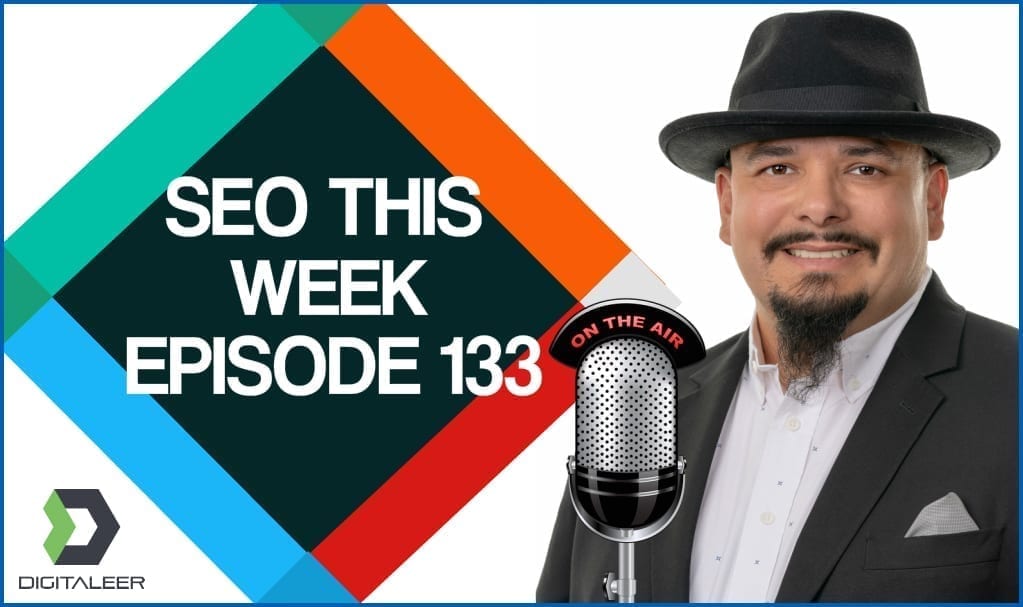 Welcome to Episode 133 of SEO This Week!

This week we are taking a look at five interesting stories including a look at Google's new service, Google Screened, which is meant to augment their Google Guaranteed service.  We are going to look at the idea of moving to a new domain to clear a manual penalty.  A search console update to see more of your traffic sources.   Some ways to increase your traffic from Bing.  And finally, a great post on White Hat SEO that is long overdue.

I'll also be giving you a walkthrough of a new content generation tool that I am leveraging for my link building campaigns and T1 content that I know you are going to love!

All this and more on SEO This Week Episode 133

Google is customer-oriented, providing the best to the searchers on this platform, looking to find the most accurate information they seek for. The company had lately introduced a secondary screening program also for professional services lately, which is Google Screened. We already know ‘Google Guaranteed,' which was introduced some years back in an effort to boost the consumer's confidence about the providers and services appearing on the local services Google Ads. Following the success of it, this year, Google announced another such program to complement the professional services, named as "Google Screened."

This isn't exactly new, news - I covered this in 2014, but with the news around Dejan getting hit badly by a manual action, his plan is to move to a new domain and not redirect the old domain to the new. But John Mueller from Google rained on his parade, if you can call it a parade, by saying Google will find you.

Visitors that arrive on your pages via Google Image’s Swipe to Visit feature are now accounted for in Search Console under the new “AMP on Image Results” search appearance, Google announced Wednesday.

Bing SEO: 13x Ways To Increase Your Traffic From Bing

Bing is the sleeping giant of the SEO world.

And it doesn’t look like it’s stopping any time soon.

Why White Hat SEO is No Longer a Thing

The following are seven commonly held ideas about black hat SEO and surprising facts that show how much white hat and black hat SEO have in common.

PROUD TO BE GOOGLE BADGED PARTNERS

There are a lot of agencies claiming to be Badged Google Partners. In order to get that status, your agency has to pass the certification tests AND spend $10,000 a month for three months consistently. Only then will Google’s script allow your Google Partners badge show on your website. Go ahead and click the image and take a look at our certifications.